Business and Economy of Solapur

Solapur city occupies a significant place in the industrial map of Maharashtra and the district ranks fourth in the state as regards industrialization. Solapur city is a hub of major cotton textile mills and powerloom industries that are famous not only in the State but also in the entire western India. The textile industry and other ancillary industries along with agro-industries together form a significant segment of the economy of Solapur district by providing employment to thousands of workers and thus contributing to the general prosperity of the city. Besides these, there are number of medium and small scale industries found in the district. In short, economy of Solapur is quite developed where its industries are concerned. 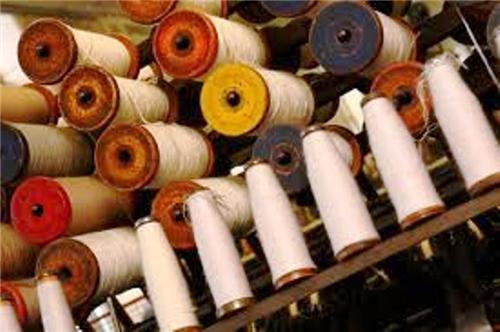 Solapur is famous for handloom and powerloom industry which provides employment to a large number of workers. Solapur district has around 6000 powerloom industries out of which 300 establishments are registered under Mumbai Shops and Societis Act 1948 and other 3000 are registered under Factories Act 1948. Around 25000 powerloom and about 30000 workers are employed in Solapur. Earlier the city was famous for handloom industry, but now power looms are operating here on large scale. The main jackard productions here like Chadders, napkins and towels are exported to various countries in the world. Wall hangings made of cloth are also made in Solapur. The workers get their payment on the ‘Piece Rate’ basis based on the category of the product. There is variation in workers earnings, as the ‘Piece Rates’ of different products are different. North Solapur possesses the largest number of hand-looms followed by Akkalkot.

The second important industry of Solapur district is Beedi industry. Beedi, which is basically a type of local cigarette, is made by wrapping in a tendu leaf and tying at the end with a coloured thread. The work of beedi comes under the category of cottage industry and women are basically involved in this work. They work from home. The largest beedi-producing industry in Maharashtra State is in the district of Solapur. The district homes around 115 units of 29 different beedi factories. The district possesses about 70000 lady workers and 1725 factory workers in these 115 units. In short, beedi industry is a very useful source of income for a large number of families in Solapur and nearby area. 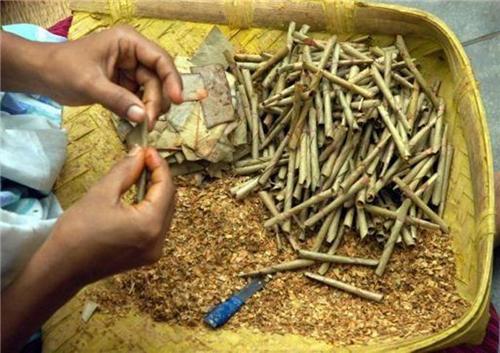 Tanning is one of the well-known cottage industries in Solapur district. Hides are tanned generally by Mahars, Mangs and Dhors in almost all large villages. The hides of cows, buffaloes and bullocks and skins of sheep and goat are largely available in rural area. The other raw materials required by tanning industry are babul, hirda and tarwad bark and lime. Babul and tarward bark and lime are available locally, while Hirda has to be imported from Junnar, Belgaum and Nasik. Now Co-operative societies of tanners are organized in Solapur district under the Maharashtra Khadi and Village Industries Board scheme with an aim of extending assistance to the tanners and thus overcome the obstacles suffered by them.

Leather working is one of the old cottage industries in Solapur district and it is a hereditary occupation that is followed by Chambhars. They make footwear like shoes and chappals with the finished leather. Solapur, Barshi, Sangola and Javale are the main centers of tanning.

Sangola, Balawadi, Javale, Mahud Bk and Chikalthan are the major centers of wool weaving in Solapur, where it is carried on a large scale and in also by surrounding villages on a small scale. Spinning of wool yarn is commonly doe by women belonging to Chambhar, Sangar, Dhangar castes. There are co-operative societies of wool weavers in all important centers of Solapur and Government sanctions loans and subsidies to these societies.

Rope making is a hereditary occupation followed by the people of the Mang community. Different types of ropes for the agricultural operations are prepared from Kekat fibre. The industry is carried on at Barshi, Solapur, Pandharpur, Karmala, Mohol, Mahud, Akkalkot, Mangalwedha and Nazare.

Oil-ghanis are concentrated mainly at Pandharpur, Solapur, Barshi, Karmala, Mohol, Akluj, Vairag. However, you can also see them everywhere. Apart from ghanis, oil extraction is a major industry and is also done on a considerable scale at oil-mils in Solapur. Oil is extracted from edible oil-seeds such as sesamum, ground-nut and safflower and from non-edible oil seeds such as karanji and castor seeds.  Oil extraction from ground-nuts and safflower is done on a larger scale.

Bamboo industry is a hereditary occupation of Buruds and Mangs and you can see the industry in each of the taluka places and big villages. The business is carried on throughout the year in order to meet the local demand.

Carpenters are found all over Solapur district and the village carpenters known as Sutars prepare and repair agricultural implements. The carpenters are known for manufacturing excellent carts that are used by villagers throughout Solapur. Besides this, several carpenters are engaged in the manufacture of furniture and building construction works at Barshi, Pandharpur and Solapur.

Even though pottery industry is scattered throughout Solapur district, it is mainly focus in areas near the river-bank mainly because of the availability of clay and water supply. The goods produced locally are sold mostly in the nearby markets and partly they are sent to Barshi, Pandharpur and Solapur.

Kumkum making is a major industry carried on at Kem and Pandharpur and is mainly in the hands of a few persons who engage workers for making kumkum powder. While the grinding of turmeric are done by women, cleaning and other operations are done by males. The industry is concentrated on Pandharpur due to the religious importance of this place of pilgrimage. 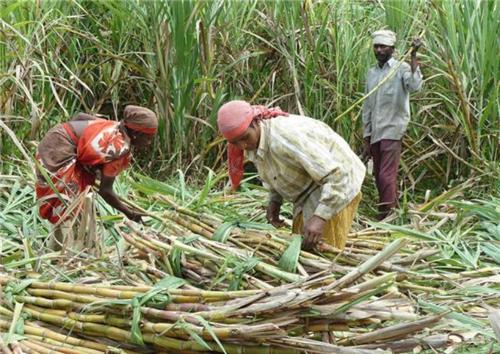 Sugarcane is the majorly grown crop in Solapur. The district is called the Granary of Sorghum. The area under the rabbi crop cultivation of sorghum is nearly seven lakh Ha and the area under kharif crop of sorghum is 1500 Ha. Solapur is famous for Maldandi 35-1 variety of sorghum. Besides, several fruits such as pomegranates, bor, mango, custard-apple, Indian Grossberry and Indian blackberry are also cultivated here widely. Grape cultivation is also on the rise here. Pomegranates are cultivated on a large scale in Sangola and Pandharpur. Raisins are made from grapes in Mohol and Pandharpur talukas. Solapur also homes many fruit processing industries.

The Government of Maharashtra has made the right beginning in regard to different schemes of improving the technique of agricultural production. The agrarian economy of Solapur district is going through a process, which is popularly styled as the green revolution’. Most of the district falls in the rain shadow region and is deprived of adequate amounts of rainfall. The average amount of rainfall here is below 750 mm.  As the distribution of rainfall is very uneven, around 18% to 20& of the total cultivable area depend on irrigation projects of Government. However, a total of 75% to 82% of the farming in the district depends on the incident rainfall.

The Lokmangal group of industries promotes milk, agro processing, and sugar factories and cattle products. Large numbers of people are provided with employment under this group. The Birla Cement factory is functioning in South Solapur. Another upcoming industry in Solapour is Precision Camshafts. Shivaji Works Limites, as part of Kirloskar group of industries, near the city of Solapur manufacture engine and auto parts.