As Solapur city of Maharashtra share its boarders with the neighboring states, it has mixed culture of Maharashtra, Karnataka and Andhra Pradesh. We can see this specialty is reflected in the food culture of Solapur also. Solapur is generally famous for its spicy food and the extensive use of peanuts in their preparations. Chutney made from peanuts, which is called Shenga chutney, spicy mixture of peanuts, red chilli powder salt and other spices accompany many dishes. Crisp jowar bread is a common food in Solapur because jowar is widely cultivated here. Khara Mutton (Mutton Achar) or salty goat curry are the other popular dish of this region. 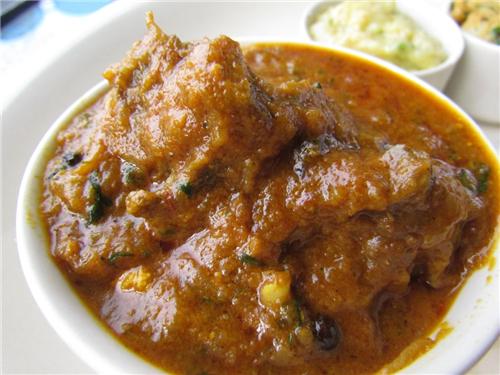 It is everybody known that Solapur is rich with many holy places including famous temples. These temples serve food to the pilgrims during festival seasons and it is called ‘Mahaprasad’.  It starts with simple rice lentils and vegetables, but topped with a Solapur special pudding called ‘lapshi’. It is prepared with cracked wheat or broken wheat mixed with sugar or jaggery. This pudding gets a special flavor from the wheat’s grainy texture used in it. Sometimes, spiced version of Sheera is also served for dessert. Aamti, which is also an item in Mahaprasad in some places, is tangy version of Dal with grounded spices. Even though the food is given free, it is high quality as well as nutrious and prepared in a very homely kitchen within the temple premises.

As Solapur is basically a religious adobe for many people in Maharashtra and India, most of the restaurants in the city aim pilgrims and tourists. Therefore, the restaurants here mainly serve vegetarian cuisine. You can also notice that the names of these restaurants have a touch of Hindu religion like “Annapurna”, which means the Goddess of food, “Upasana”, which is another word for worship of the deity or “Tripurasundari”, which also has a religious connotation.

We all know that India is famous for hospitality and so the restaurants in Solapur give individual attention to all guests in order to ensure their needs are looked after. You can see a large range of restaurants in Solapur, which are affordable for all classes of people. Some luxurious restaurants provide Chinese as well as continental cuisines along with traditional Maharashtrian and Indian dishes.

Solapur, even though is located in Maharashtra, is a neighboring city of South Indian States such as Andhra Pradesh and Karnataka. So, you can see South Indian breakfast items like idli, dosa, uthappas and masala dosa with sambar and chutney. Restaurants commonly offer ‘Thali’ for lunch, which includes Indian wheat bread called roti, rice, lentils, two types of vegetables and a pudding. A ‘Thali’ is more than enough for a normal person to fill his/her stomach. Thali is available in different varieties such as vegetable thali, chicken thali and mutton thali etc. Bhakris and Rice are the other item available for lunch and dinner. It is difficult to find out fish items on the menu of most of the hotels, as source of fish in Solapur is very negligible. 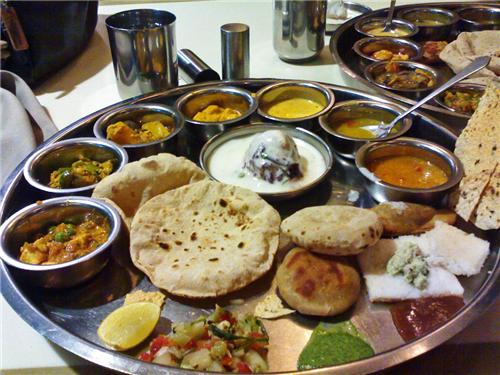 Standard fast-food joints like Pizza Hut and McDonald’s are rare to find out in Solapur. But, the local fast food joints called ‘Dhabas’ serve delicious and fresh food, which is cooked in small hutments or a make-shift garage and converted into a restaurant. These Dhabas give food unlimited as many times as customers want. As it is an economical option, bus travellers, families and groups of students who travel by road depend on Dhabas.

Nowadyas, Solapur is developing as a city, which is frequented by business tourists. Therefore, many hotels in various categories from 1-star to the 5-star ones are mushrooming in close proximity of business centers. These hotels serve all types of cuisines that suit the varied taste of tourists from all parts of the world along with traditional and typical food of Maharashtra. You can also see man food kiosks, canteens and coffee shops in and around the city.