Karmala is a famous city and a municipal council in Solapur district of Maharashtra State. The town got this name ‘Karmala’ after a maulavi called Karme-Maula. He promoted the Islamic teaching during the period of Nizamshah kingdom of Ahmednagar. Just like other villages such as Barshi, Pandharpur and Mangalwedha, Karmala is also famous for its religious and historical significance. There are some famous temples in Karmala. Many saints had resided here, who gave rise to these places of worship. 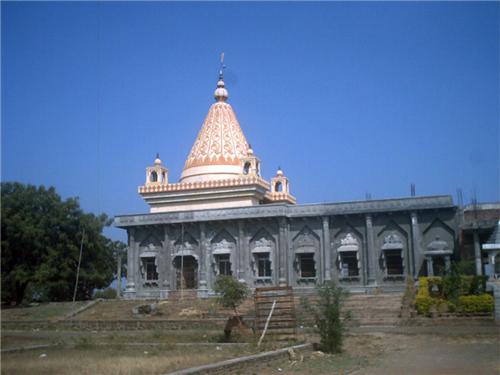 The most important pilgrim spot of Karmala is the beautiful Kamala Bhavani Temple. The temple is dedicated to Kamaladevi, who is considered as the incarnation of Tulja Bhavani Mata (Tuljapur). It is believed that Barshi is the second seat of Tuljapur Tulja Bhavani. This temple is one of the most historically acclaimed sites not only of Karmala, but also of the entire Solapur district.

Kamala Bhavani Temple has entrance doors in all three sides; in east, south and north direction. Among the gopuras, the one over the west gate is more impressive. You can see a bell in the sabhamandap of the temple, which is nearly 150 years old. There is an inscription over the bell, which mentions that it has been hung there since Sake 1740. Idol of Mahadeo and Ganapati is situated one side of the Goddess and the other side homes idols of Vishnu and Lakshmi.

Magic number ‘96’
Another important attraction of this temple is its magic number ‘96’.  The number ‘96’ has a significant relation with the architecture of Kamala Bhavani Temple. The temple possesses 96 pillars, 96 windows and 96 steps that lead you to the gates of the temple. It also has 96 staircases that reach to the big well called as Barav. The temple top also consists of 96 pictures.

Visiting time and festivals
The most important celebrations in Kamala Bhavani temple that attract several tourists are Navaratri festival and an annual festival from Kartik Poornima to Ganesh Chaturthi. The best time to visit this temple is morning and evening, even though it is open from 6.00 am to 7.00 pm. October to February is the most suitable season to visit here, as festivals are performed during this period. Several people visit this temple frequently not only to offer prayers to their deity, but also to enjoy the unique and beautiful construction here.

Karmala, being one of the most visited pilgrim and tourist destinations, homes good food and accommodation facilities in top quality restaurants and hotels near the temple.