Solapur is a very significant commercial and tourist hub in India and therefore most of the nationalized and vernacular media services including newspapers, radio, TV etc have a significant role here to provide news and entertainment to the people of Solapur as well as visitors from outside of the city. 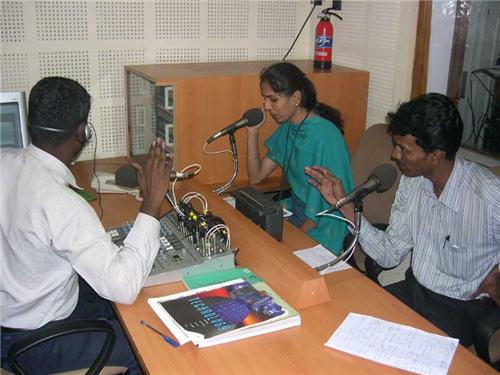 Major Forms of Media in Solapur

Most of the popular news dailies including all languages like Engligh, Marathi and Hindi are circulating in Solapur. Some most important newspapers that have made a mark in the city are the following.

Radio is still the most favorite medium of common people in India. Various reasons like affordability and portability of the equipment as well as quality and simplicity of the programs attract people to radio.

All India Radio
All India Radio, the radio services of Central Government of India has a station in Solapur, which was commissioned on 1986. You can listen various types of programs related to music, cinema, education, agriculture, education, news and other areas in Marathi language through All India radio of Solapur. The transmission time is between 05:55 am to 10:30 am, between 12:00 pm to 5:00 pm in afternoon and between 6:00 pm to 11:00 pm in the evening.

All these media services in Solapur are well maintained as well as serving the people by keeping them informed about the latest news and entertaining them with quality programs.